The number of corona patients is 57% higher than in June 2020: Asad Omar 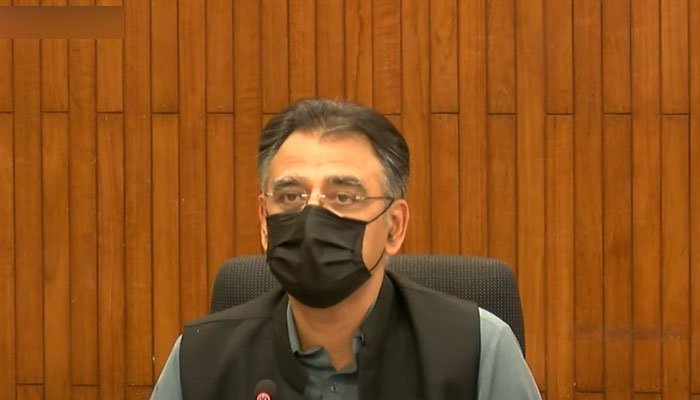 Asad Omar, the federal minister and head of the National Command and Operations Center, said the number of critically ill patients in Corona was 57 percent higher than in June last year.

In a statement released on social media, Asad Omar said that the number of corona patients in the country has reached 5,360.

The federal minister said the number of critically ill patients in Corona was 57 per cent higher than in June last year.

“Alhamdulillah, so far so many cases of corona have been dealt with in an orderly manner, all due to the increase in the efficiency of the health system from oxygen production to beds,” he said.

“Corona cases are on the rise. We need to take precautionary measures. Implementation of SOPs is a matter of time,” he said.

PTA decreases charges of per minute call on mobile phone