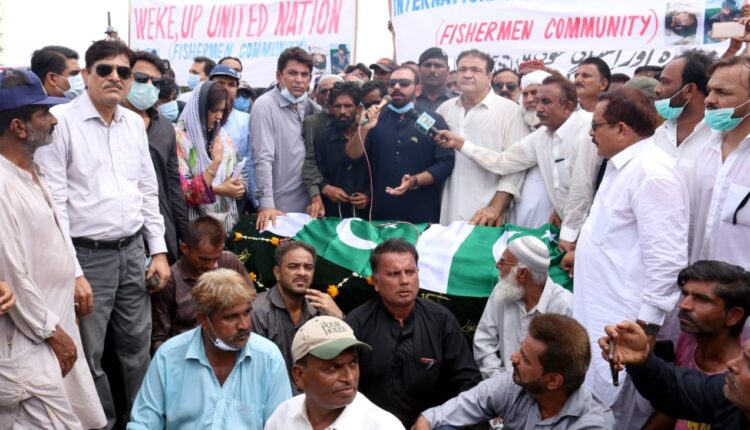 Today on 30th July, thousands of protestors gathered at the bridge of native Jetty, were chanting “Modi the killer”. They also burn effigies of the Indian Prime Minister, they also chanted “Stop being a killer Narendra Modi”.

The fishermen’s declared that if India didn’t free our 119 fishermen’s from their jail’s in the coming days we are not going to shut our mouths and we will go to the extreme limits and everything for finding justice and thousands of fishermen would be protesting in front of the Islamabad High Commission and UN United Nations.

The Assassinator Narandra Modi’s real face is going to reveal in front of the public, to awaken the minds of International powers, and to free Pakistani fishermen’s from the Indian prisons, it is declared that protests will not be terminated.