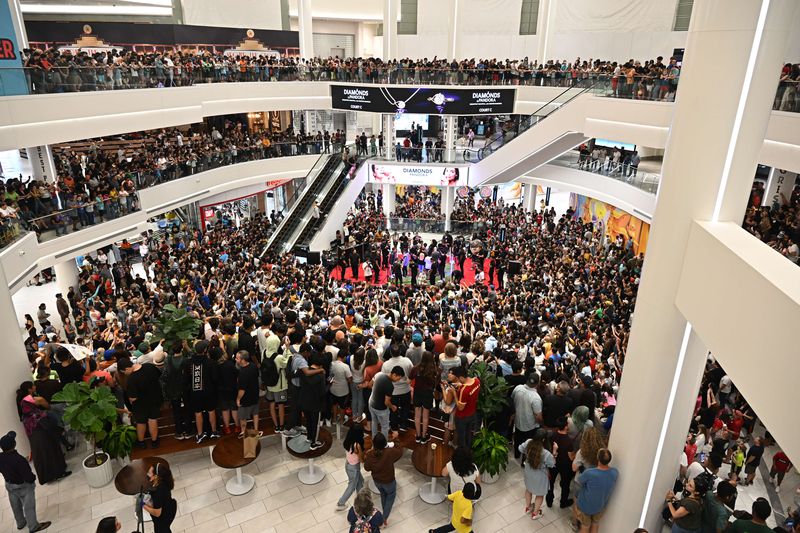 Top YouTuber Jimmy “MrBeast” Donaldson filled a shopping centre in the US with thousands of fans, on Sunday, at the opening of his first burger restaurant.

Donaldson is one of the most popular people on the video-sharing platform, with more than 100 million subscribers.

He used that fame to open MrBeast Burger in 2020, which delivers from more than 1,000 locations worldwide.

And now he has a physical restaurant, at which fans queued for hours for a burger – and a chance to meet him.

The restaurant opened in the American Dream mall, in East Rutherford, New Jersey.

After it had been open for two hours, Donaldson shared a video of the number of people waiting in line – which he estimated at more than 10,000.