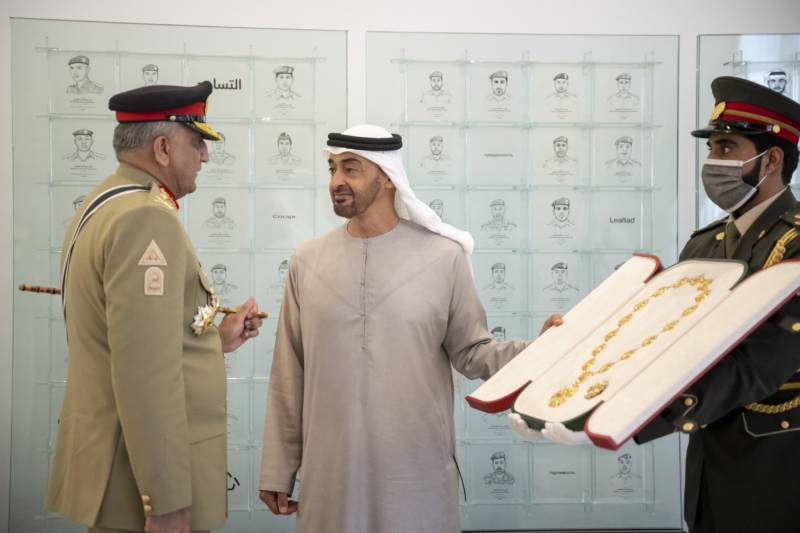 According to the Inter-Services Public Relations (ISPR), the army chief visited UAE on an official visit.

The COAS called on the UAE President. During the meeting, matters of mutual interest, bilateral defence, security cooperation and regional security situation in the Middle East came under discussion.

“The leaders agreed that Pakistan and UAE share a great history of cordial relations and deep-rooted spirit of brotherhood which is transforming into an enduring partnership,” the ISPR added.