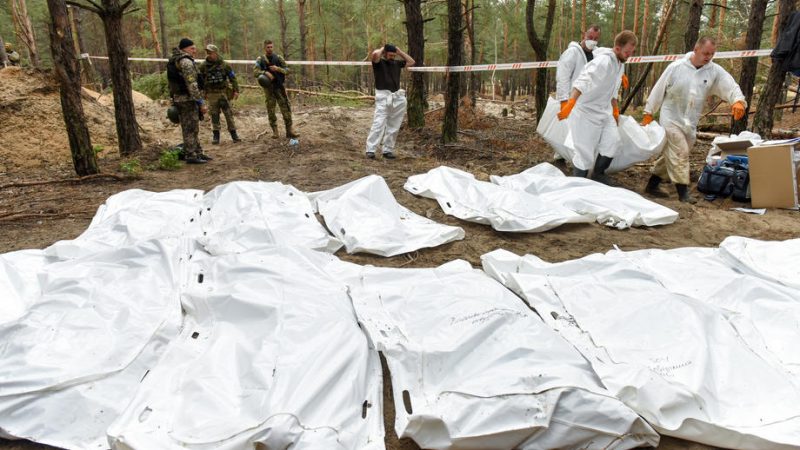 In a pine forest at the edge of Izyum the stench of death filled the air as a mass exhumation got underway.

The earth is giving up its secrets. Ukrainian officials believe war crimes have been committed, which they are determined to document.

They are trying to establish the cause of death of hundreds of people buried in a forest at the edge of the city, recently liberated by advancing Ukrainian forces.

Izyum, invaded in April, was used by Russia as a key military hub to supply its forces from the east.

The exhumation was conducted mostly in silence, as police and prosecutors looked on. One officer put his head in his hands. Another walked away.

Kharkiv regional prosecutor Olexander Ilyenkov says there is no doubt war crimes have been committed here.

“In the first grave, there is a civilian who has a rope over her neck. So we see the traces of torture,” he told the BBC.

He said almost everyone died because of Russian soldiers.

Flood issue should be addressed on a war footing, PM Shehbaz