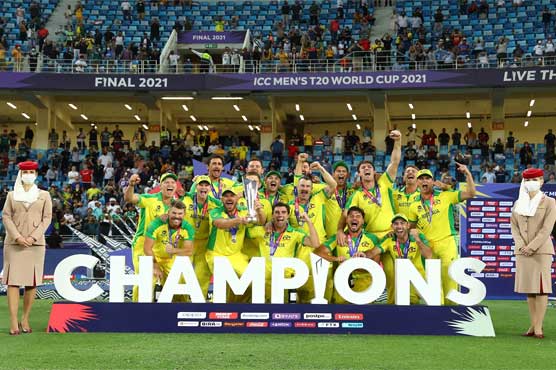 Chasing 173 for victory, Australia depended on a 92-run second-wicket stand between David Warner, who made 53, and Marsh to achieve their target with seven balls to spare in Dubai.

Warner became Trent Boult’s second wicket but Marsh kept up the charge to power Australia home to their long-awaited T20 crown and add to their five 50-over World Cup trophies.

Glenn Maxwell, who made 28, joined Marsh, who hit six fours and four sixes in his 50-ball knock, to put on 66 runs and hit the winning boundary as the Aussies came charging in to celebrate the triumph.

Skipper Kane Williamson hit a valiant 85 in New Zealand’s 172-4 after being invited to bat first in a crucial toss won by Aaron Finch as teams chasing have won all but one game at the venue.

Australia, whose previous best was a runners-up finish in 2010, came into this edition’s semi-final with one loss to England and beat Pakistan in the final-four clash with a chase of 177.

At least one dead as twin quakes hit Iran

TICKET FROM KP HAS SENT TO SHAUKAT TRAIN SENATE FROM PTI