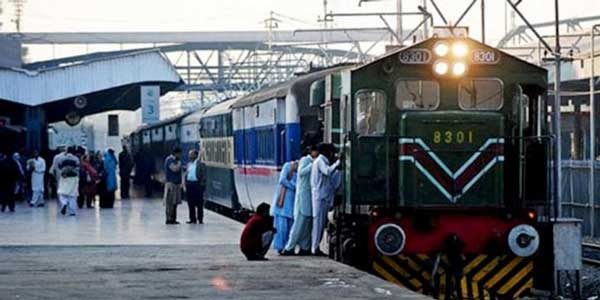 Islamabad: Pakistan Railways has announced that it will be suspending the operations of 12 trains amid coronavirus outbreak.

Sheikh Rasheed Ahmad – Federal Minister for Railways, has announced that 12 trains are being stopped but if the need arises, that number could rise to 20 trains and Passengers who have booked tickets in advance will have the options of getting a full refund or taking an alternate train.

The trains that have been suspended include Rohi passenger train, Sindh express, Khushal Khan Khattak express, Shah Latif express and others.

The decision comes as Sindh government had appealed a temporary suspension of train services to curb the virus outbreak as large number of people commuting via train services pose a serious threat of spreading the virus to various parts of the country.

Earlier, Chairman PPP Bilawal Bhutto Zardari had demanded a country-wide lockdown to contain the pandemic which has infected 381 people in the country.