Fire erupts at a factory in Karachi’s SITE area 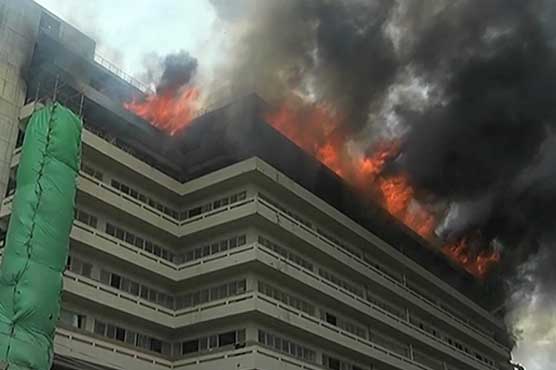 A third degree fire erupted at a factory situated in Karachi’s SITE area on Thursday.

According to details, a bedsheet manufacturing factory situated in SITE area of Karachi is reported to have been engulfed in a third degree fire that broke out in the early hours of Thursday morning.

Fire Brigade officials have stated that two fire tenders were immediately dispatched which proved to be inadequate in containing the fire.

However, six additional fire tenders have been dispatched to the location to douse down the blaze. Fire brigades have been called from across the city, whereas fire tenders of Karachi Port Trust (KPT) Authority are also participating in the operation.

In addition to it, Karachi Water Board has also declared emergency at Sakhi Hassan Hydrants to assist the fire department in dealing with the emergency situation.