Hamid Mir backtracks, apologizes for his ‘inflammatory and derogatory’ remarks

Renowned journalist and anchor Hamid Mir has reportedly apologized for his inflammatory and derogatory remarks against country’s security forces and agencies.

Hamid Mir, who had hurled severe allegations against Pakistan’s armed forces and security agencies during a candid public speech on May 28th in Islamabad, has apologized over his statement clarifying that he didn’t mentioned anyone’s name and that he holds no grudge against Pakistan Army. 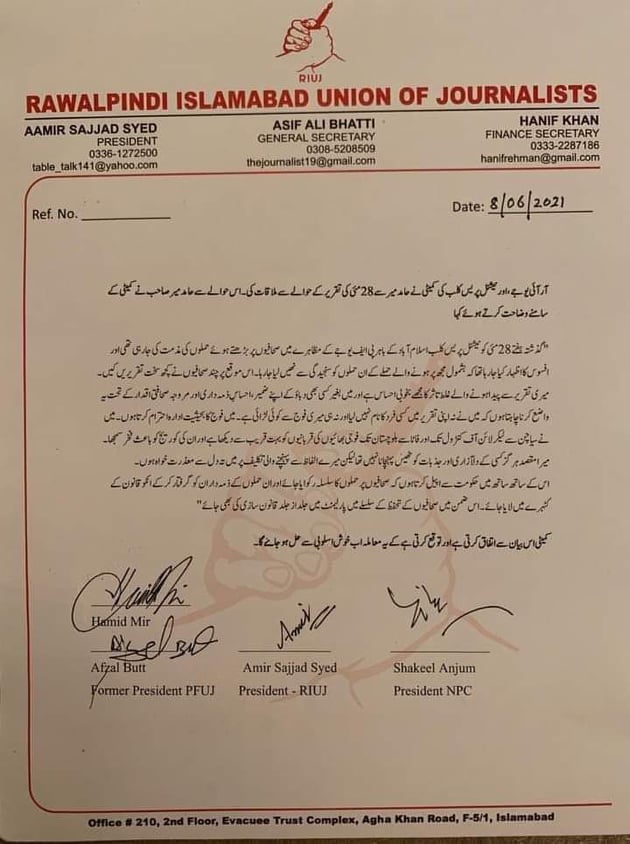 In his apology, Hamid Mir has said that he is aware of the misconception and misinterpretation of his speech which he made during a demonstration against attacks on journalists.

“I want to clarify that I have no grudge against the army. I hold utmost respect for army as an institution. I’ve witnessed the sacrifices of army troops from Siachen to Line of Control (LoC) and from FATA to Balochistan,” said Hamid Mir.

I never intended to hurt anyone’s sentiments. I sincerely and whole heartedly apologize for the damage caused by my words, he added.

The development comes as Hamid Mir’s May 28th speech had resulted in a severe public backlash which was followed by his ‘suspension’ as the host of prime-time talk show ‘Capital Talk’ on Geo News.

At least 25 students faint due to extreme heat in Islamabad, taken to hospital