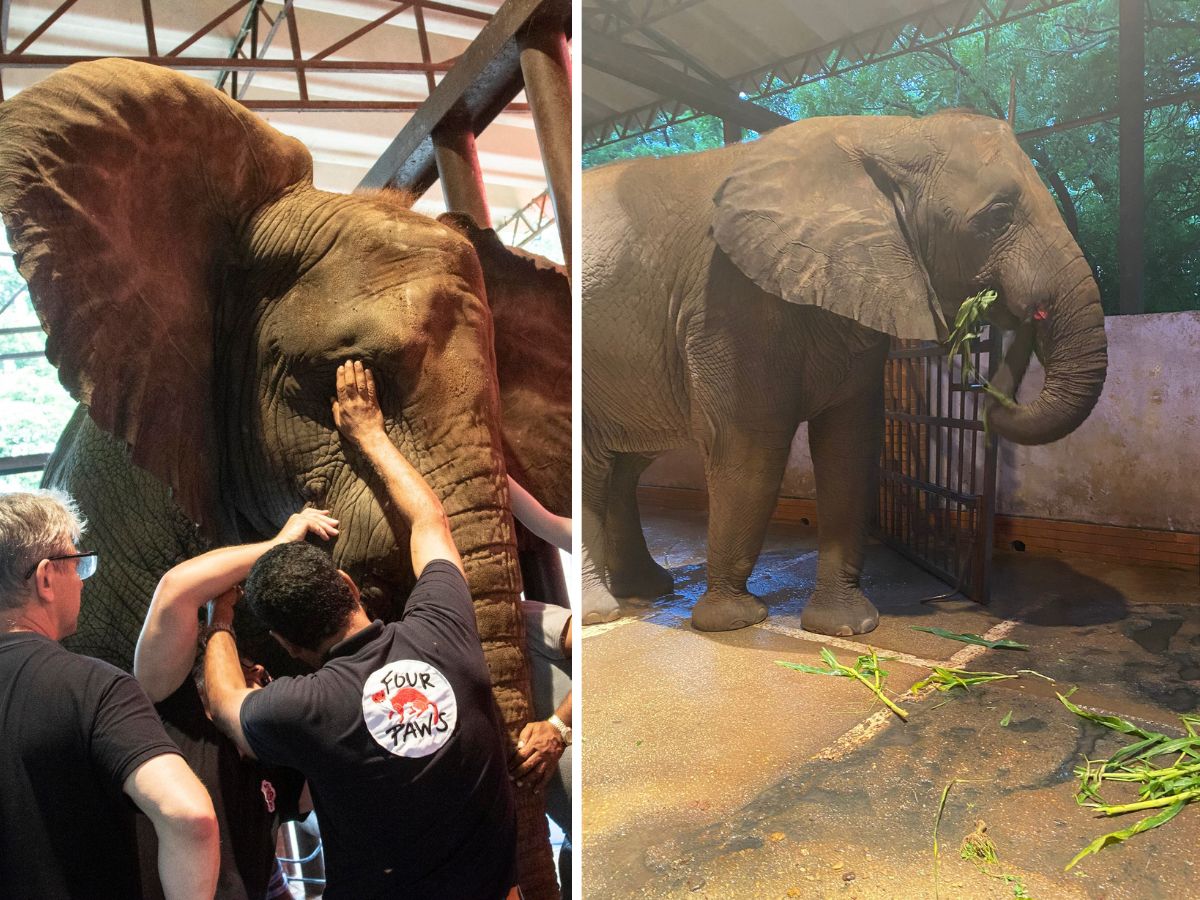 KARACHI: Madhubala, a 16-year-old elephant in Pakistan suffering for years from dental infection and pain caused by a broken tusk, finally got relief after undergoing treatment while under unique standing sedation.

Madhubala is one of four African elephants being treated in Karachi by an eight-member team from global animal welfare group Four Paws, which in 2020 relocated Kaavan — an elephant dubbed the world’s loneliest — to Cambodia from Islamabad.

Their visit follows an order by the Sindh High Court (SHC) in Karachi last year for Four Paws to assess the health of the animals after local animal rights activists had raised concerns in court about their well-being.

Named after a legendary Indian actress, Madhubala’s eyes were taped shut, her legs tied to side-grills to support her during sedation and the subsequent treatment at the Karachi Zoo.