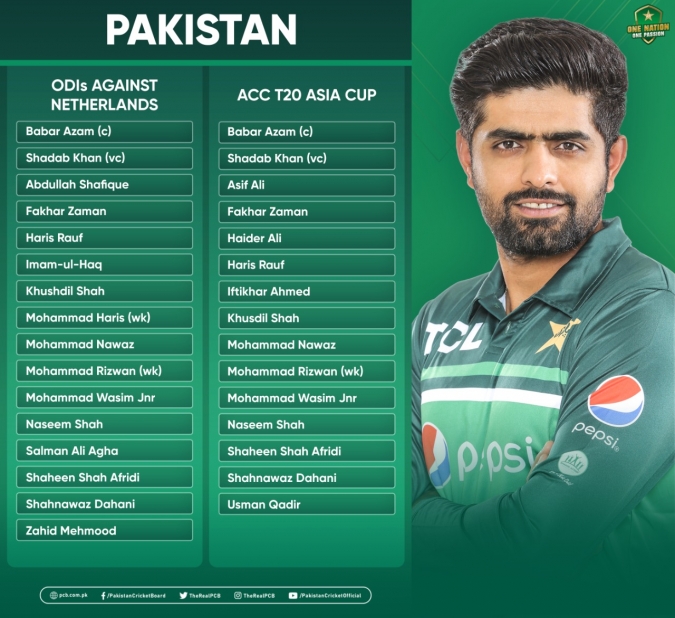 LAHORE: The Pakistan Cricket Board (PCB) Wednesday announced a 15-member side for the ACC T20 Asia Cup and a 16-player squad for the ICC Men’s Cricket World Cup Super League fixtures against the Netherlands.

The Asia Cup will be played in the United Arab Emirates (UAE) from 27 August to 11 September, while the ODI series against the Netherlands will take place from August 16-21.

Group A – India, Pakistan and Qualifier (one of UAE, Kuwait and Hong Kong to qualify)