PCMD & Nadia Ashraf’ suicide: Another side of the story is yet to be revealed 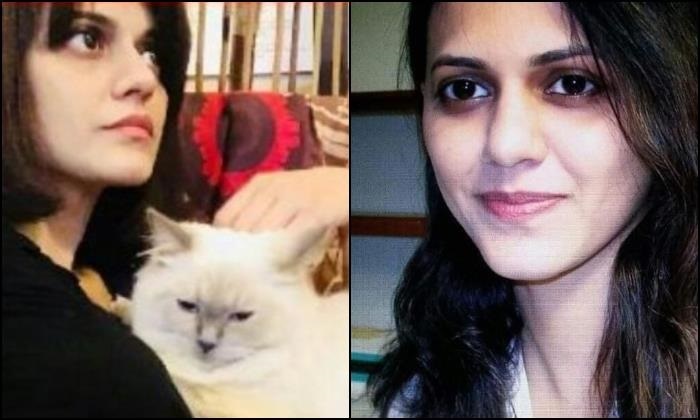 The first “news” about the suicide of Nadia Ashraf, a PhD student at the Panjuani Center for Molecular Medicine and Drug Research (PCMD), came to us through social media. While it was learned from these “news” that Nadia Ashraf’s PhD had been going on for the last fifteen years and had not been completed yet, it was also revealed that she was allegedly harrased by her PhD supervisor, Prof. Dr. Iqbal Chaudhry.

Pertinent to mention that almost all the people who have declared Nadia Ashraf’s suicide as murder and shouted about harassment in educational institutions, do not personally know, neither Nadia Ashraf nor Dr Iqbal Chaudhry.

Unfortunately, on social media, whatever hashtag becomes “popular”, it is used by everyone in their post who wants their post to appear in other people’s “feeds” and people will be more attracted to that post. The same thing happened in the case of Nadia Ashraf’s suicide.

Not only that, but social media users (imitating each other and adhering to the “copy-paste culture”) have used such ridiculous and vulgar words for Prof. Dr. Iqbal Chaudhry that cannot be written here.

As far as Nadia Ashraf is concerned, various sources (including Independent Urdu and YouTube channel of Daily News TV) have revealed that the father of the 39-year-old PhD student from Bahawalpur was a Marine Engineer.

She was highly qualified to pursue further studies in D-Form (Doctor of Pharmacy) from Islamia University, Bahawalpur. She later applied for admission in PCMD for PHD.

She was immediately enrolled as her profile was strong and she was a candidate on merit.

It should be noted that in this type of enrollment, any student first starts his research work from the level of M.Phil which is later extended (depending on the research progress of the student) to Ph.D

Nadia Ashraf enrolled in M.Phil Leading to PhD in 2007 under the supervision of Dr. Amin Surya and she started research on the molecular aspects of cancer which is considered as a difficult research topic all over the world.

However, after the withdrawal of Dr. Amin Surya, Nadia Ashraf continued her research under the supervision of Dr. Iqbal Chaudhry. In the meantime, the organization sent her to France at its own expense for further training in research, where she stayed for a few months.

It should also be noted that Nadia Ashraf was facing some serious problems on the domestic front.

According to Independent Urdu correspondent, Ramesh Ali, Nadia’s father went missing in 2007 and could not be found. Being very close to her father, Nadia was deeply shocked by the tragedy. In addition, she was overburdened with the responsibility of domestic sponsorship as well as her research.

In order to fulfill this responsibility, Nadia worked as a lecturer in a private university in Karachi and also worked as an onco pharmacist (oncology care pharmacist) in another private institution (probably a hospital). Onco pharmacists are specialists who prepare the right proportions of the substances used in chemotherapy (chemotherapy for cancer) while sometimes they care for cancer patients and the medicines they are given. Also determine the correct amount / dose.

Due to her mother and her own health problems, financial difficulties and other domestic issues, she could not devote much time to her PhD research and this work was delayed. She herself mentioned this in a petition addressed to the Registrar of the Board of Advanced Studies and Research (BASR) of Karachi University, dated October 6, 2017.

In this petition, Nadia Ashraf, after mentioning all her above mentioned issues and engagements, had requested the BASR to allow her to submit her PhD thesis, despite the delay. This request also contains the text of Strongly recommended written by Dr. Iqbal Chaudhry.

According to the news published in Independent Urdu, Nadia Ashraf’s brother Shahbaz said that she was very worried about both her family situation and her PhD and had been suffering from schizophrenia for some time. She also had to be admitted to the Karachi Psychiatric Hospital in Nazimabad. Also, in a state of extreme frustration, she tried to commit suicide by cutting off her wrists in 2018, when she found out that a student who scored lower than her got a PhD while Nadia herself had a Ph.D. D was supposed to be completed in 2016.

Nadia Ashraf’s brother Shahbaz also said that she considered her PhD supervisor, Prof. Dr. Iqbal Chaudhry as her father and respected him immensely. In addition to confirming this, other sources also say that she had fought several times with those who spoke against Dr. Iqbal.

It is important to understand that, contrary to popular belief, doing a PhD in science is a very difficult task. Simply put, a PhD is a full-time job in itself. If it is done part-time, the PhD remains incomplete even after reaching the threshold of old age.

However, Prof. Dr. Iqbal Chaudhry is a highly respected name in the scientific circles of Pakistan. Due to his research work, he has won the Tamgha-e-Imtiaz, Sitara-e-Imtiaz and the Hilal-e-Imtgiaz, as well as Third World Academy of Sciences Award, Khwarizmi International Award and ECO awards. He has also won several other international and regional awards.

The list of other awards is very long but it is important to mention that Dr. Sahib has so far written 68 books in the field of Natural Product Chemistry. There are chapters written by him in 40 books on the same subject. The number of research papers he has published is 1,027, while 57 international patents are also in Dr. Sahib’s name, including 51 US patents. So far 84 students have completed their PhD under the supervision of Dr. Sahib, out of which a good number are women.

Since pursuing his PhD from HEJ Research Institute of Chemistry, Karachi University in 1987, he has reached the pinnacle of success and fame.

A few months ago, he was appointed by the Government of Pakistan as the “Coordinator General COMSTECH”. It should be noted that COMSTEC is an organization for cooperation in science and technology in the Islamic world, which includes 53 Muslim countries. COMSTEC is headquartered in Islamabad and the Coordinator General is the most important position in the organization. Earlier, the post was held by Prof. Dr. Ata-ur-Rehman (FRS), who is also Dr. Iqbal Chaudhry’s teacher.

Now just think that a person who after years of hard work and discipline has achieved a prominent global position in a field in which the number of Pakistanis is still very small, then aren’t conspiracies being hatched against such a person? Dr. Iqbal Chaudhry has been killed under the guise of Nadia Ashraf’s suicide.
Murder of character, murder of honor, murder of the sanctity of a compassionate teacher like a father.

Like other institutions, Pakistan’s scientific institutions have a lot of politics and competition. Here, too, many people seek advancement only on the basis of their tenure; But in front of their eyes, if a young person develops more on the basis of his ability and God-given ability, then they immediately start conspiring against him.

Under these circumstances, if there is any news that can be used against this progressive person with minor alterations, then these elements do not take long and heat up the market of rumors. Social media made their job even easier.

There is no doubt that a committee of reputable and respected people should be set up to investigate the case of Nadia Ashraf’s suicide with complete impartiality and transparency. Will social media lords apologize to him?

For a person who has earned honor not by years but by decades of hard work, honor is everything for him.

Now anyone can argue in Dr. Sahib’s defense that 72% of the students pursuing PhD in ICCBS are girls / women and harassment in this institution is strictly prohibited and these sort of issues are addressed immediately, or It goes without saying that during his 28 years of acquaintance, he did not see anything wrong in the role of Dr. Sahib, or that he considers all his students as his children, even then the doubt in the minds of the people will not be removed.

The same tragedy is happening to Dr. Iqbal Chaudhry. The poisonous arrows of posts, tweets and videos coming out of the bows of social media platforms like Facebook, Twitter and YouTube have already killed Dr. Sahib’s character, honor and sanctity as a teacher.

In such scenario, if anyone tries to defend the doctor, he is advised to “remain neutral”. But those who have been spewing poison against Dr. Iqbal Chaudhry on social media and claiming to be “truthful” are not asked what is the proof of what they are saying with such conviction.