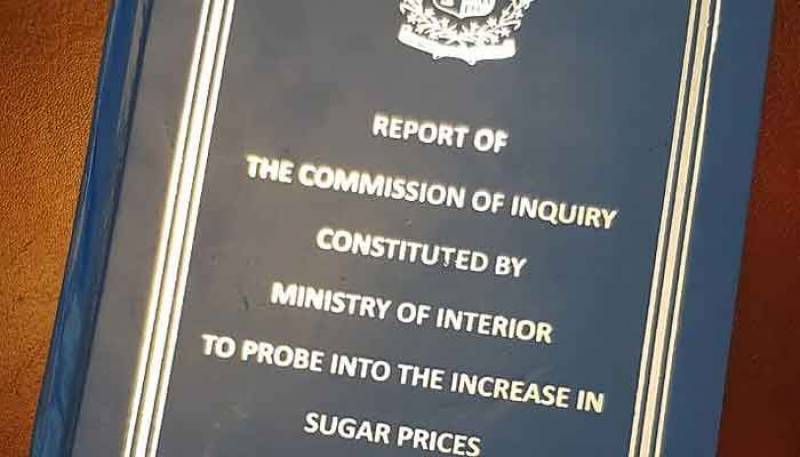 Akbar revealed that over the last five years most of the sugar subsidies were given during the PML-N rule.

He claimed that new revelations had come to light regarding the sugar report, Akbar said Rs29bn worth of subsidies were given over the past five years.

He added that only Rs2.4bn offered by the Punjab government during the incumbent PTI government’s tenure.

“In PML-N’s tenure, more than Rs26 billion worth of subsidies were given,” he said.

Terming it a criminal act, he added that permission to export 400,000 tonnes of sugar was given in March 2017.

The report from the sugar probing commission was presented in the federal cabinet, which decided to make it public.

Common people and farmers bore the brunt of fluctuations in sugar prices while the investors profited, he added.

PM Imran, he underlined, had formed a commission to probe the fluctuation in sugar prices and the consequent report was made public as soon as it was received.

“Audit matters have been reviewed in the report,” he noted, adding that a very important portion in it was the amount of subsidy given by PML-N and specifically by Abbasi.

Subsidies were given due to “mismanagement in determining the production prices”, he said.

“Salman Shehbaz was the facilitator of the sugar subsidies,” Akbar claimed, adding that PML-N President Shehbaz Sharif had said there was no link between the subsidies and his son Salman’s businesses.

“Shehbaz Sharif has isolated himself. The case of TTs against him is in its final stages. Once it is finalised, he will have to answer in court,” he said, referring to an ongoing probe into telegraphic transfers (TTs) tracing back to the former chief minister of Punjab.

“How was Shehbaz Sharif able to purchase expensive homes for his wives in housing societies? These expenses were carried out through kickbacks and fake accounts.

“Shehbaz Sharif will have to face the courts once the TT case is finalised,” Akbar reiterated.

Looping in the government of Sindh, he said the leadership gave the most benefit to Omni Group through subsidies, which had been opposed by the provincial cabinet.

Subsidy of Rs29b given to sugar industry in the last five years: Shahzad

The out-of-body experience ; the science of astral travel