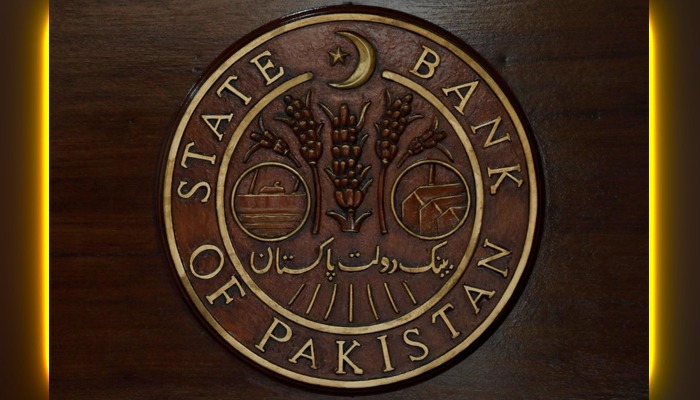 The State Bank of Pakistan (SBP) has slashed the policy rate once again by another 100 basis points to bring it to 7%.

“This decision reflected the MPC’s view that the inflation outlook has improved further, while the domestic economic slowdown continues and downside risks to growth have increased,” the central bank said on Twitter, announcing the fifth rate cut in three months since the coronavirus pandemic hit Pakistan.

“Against this backdrop of receding demand-side inflation risks, the priority of monetary policy has appropriately shifted toward supporting growth and employment during these challenging times,” it added, noting that the MPC felt “a prompt response to downside risks to growth” in context of a risk management viewpoint, given the improved inflation outlook.

“The MPC noted that with approximately Rs3.3 trillion worth of loans due to be repriced by early July 2020, this was an opportune moment to take action from a monetary policy transmission perspective,” it added.

It also observed a fear of a second wave of the cooronavirus pandemic hitting the country, that the “risks to the global outlook are heavily skewed to the downside and [that] the path of recovery remains uncertain”.

“The MPC also noted that in its update of the World Economic Outlook (WEO) released yesterday, the IMF downgraded its 2020 global growth forecast further to -4.9%, 1.9 percentage points lower than in April, and projected a more gradual recovery than previously anticipated,” the SBP stated.

“Domestically, the moderation of underlying inflation has continued. Notwithstanding a seasonal uptick in food prices associated with the Eid holiday, headline inflation declined further to 8.2 percent in May on the back of the recent cut in diesel and petrol prices.

“The FY2020/21 budget is also expected to be neutral for inflation as the freeze on government salaries, absence of new taxes, and lower production cost from reduced import duties should offset the decline in subsidies in some sectors,” it added.

It also commented on the contraction in large-scale manufacturing, cement and food industries, textile exports, and sales of the automobile petroleum sectors.

It observed that the current account went into the green territory earlier in May “on the back of a reduction in the trade deficit and a pick-up in remittances compared to the previous month” and that the foreign direct investment (FDI) has been “resilient”.

The “SBP reserves declined to US$ 9.96 billion as of 19th June 2020 largely due to debt repayments”, it explained but added that they were expected to improve given the fresh loans Pakistan has obtained.

Looking ahead, the central bank added that the economy was expected to “recover gradually” in FY21, supported by easing lockdowns, supportive macroeconomic policies, and a pick-up in global growth.

“Risks are skewed to the downside and the recovery will depend critically on the evolution of the pandemic both in Pakistan and abroad,” it added.

“Together, this strong and data-driven monetary policy response should support growth and employment, while keeping inflation expectations anchored and maintaining financial stability.”

‘CPEC Internship program’ launched, will focus on youth empowerment and…