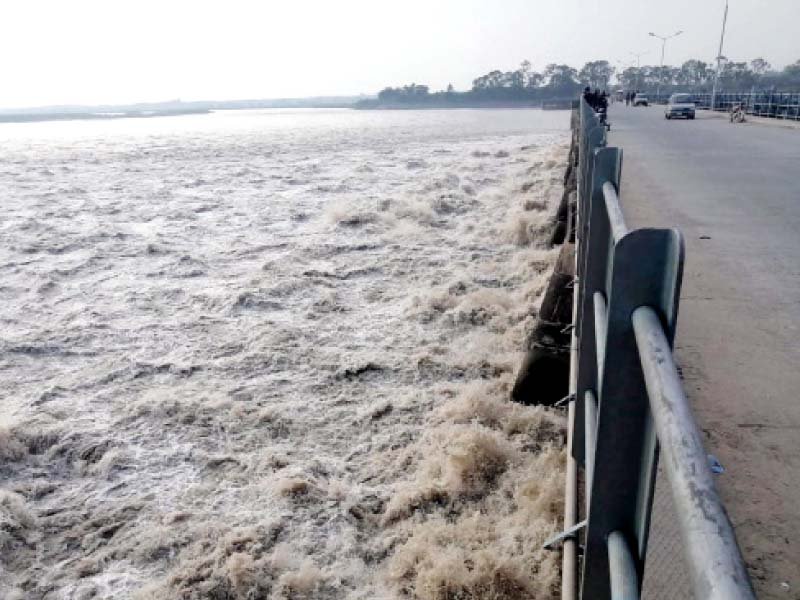 KARACHI: The high flood flow has entered in Sindh and a high alert has been issued over the flooding situation, irrigation official said.

The inflow of river water at Taunsa Barrage has been measured 5,03,000 cusecs, while the discharge of water has also been recorded 5,03,000 cusecs In-charge Barrage Control Room said today.

The Indus River has been in medium flood at Chashma and low flood at Char Maqam, official further said.

In an earlier report on the flood situation today, irrigation officials said that the Indus has been in medium flood at Taunsa and Guddu barrages, low to medium flood at Chashma and Sukkur barrages while in low flood at Tarbela and Kalabagh.

After an above-normal monsoon rainfall in the country, the water level in Indus river has surged at various point.

In its monthly weather outlook, the PMD forecast above normal rainfall in southern parts of Sindh as well as coastal areas of Balochistan, northeastern Punjab and Kashmir during the monsoon season.

The Met Office has also cautioned that heavy rainfall can trigger flash flooding in hilly areas of Punjab, AJK and KP, as well as urban flooding in plain areas i.e. major cities of Punjab, Sindh and KP.