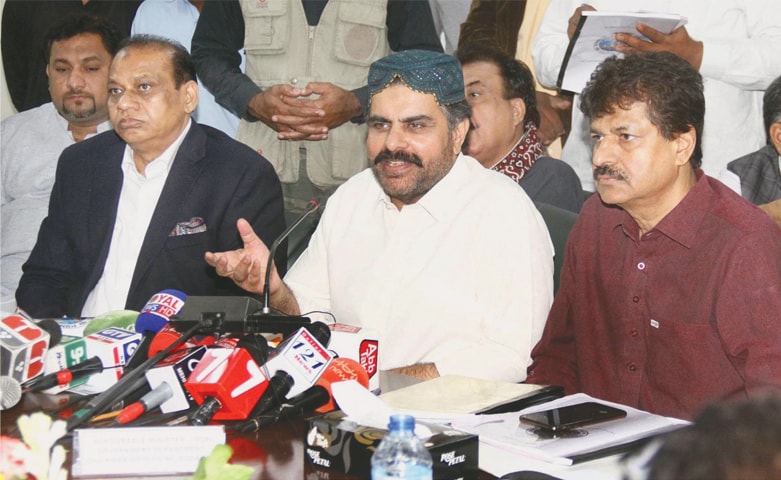 “Action will be taken against those with fake domiciles,” said Sindh information minister Nasir Shah on Tuesday during a news conference, adding that so far 154 suspected domiciles have come to light from four districts of the province.

The province announced that it had formed a committee that would probe the issue of fake domiciles and all officials with bogus domiciles will be terminated.

Shah said that certain cases of dual domiciles have also surfaced that have been highlighted in the preliminary report which has been sent to Chief Minister Murad Ali Shah.

Meanwhile, Senator Murtaza Wahab said that the committee will complete its findings in 30 days and would enact laws against the misuse of fake domiciles in the province, assuring that fair treatment would be meted out by the government.

“An appeal forum will also be formed under the chairmanship of the home secretary in this regard,” he added.

Sindh government to take strict action against the illegal constructions