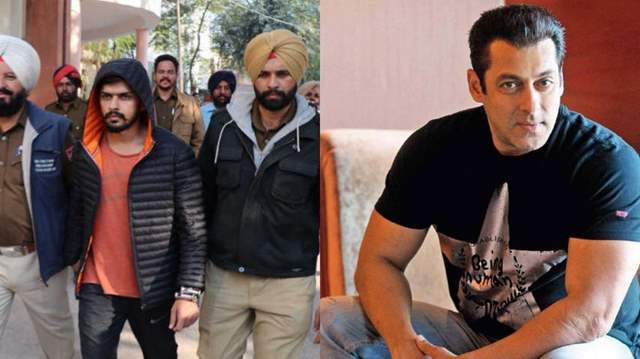 MUMBAI: Bollywood superstar Salman Khan is keeping a low profile these days since the death threat letters that he and his father Salim Khan received a few weeks ago. Interestingly, the Sultan actor did not even step out on his balcony during Eid this month to wave out to greet his throngs of adoring admirers.

While according to the latest report from Pinkvilla, gangster Lawrence Bishnoi, who has gained notoriety for his threats and remarks against superstar Salman Khan, has confessed to planning to murder him in 2018. The Delhi police are presently questioning gangster Lawrence Bishnoi for the murder of Sidhu Moose Wala. Bishnoi has been revealing some startling information during this probe.

The reports also stated that the criminal acknowledged that in 2018 he had assigned one of his gang members to kill Salman Khan. The gunman was using a handgun, therefore he was unable to obtain a clear shot. After that, the gang leader reportedly spent Rs. 4 lakh for an RK Spring rifle.

The report further mentioned tha a few years ago, Salman Khan’s assassin, Sampat Nehra, a prominent member of the Bishnoi gang, travelled to Mumbai and lived there. Sampat also disclosed the gang’s plot to murder Salman Khan after he was apprehended in 2018. A rifle was also seized from him which was purchased for this purpose.”

For those who are unaware, the Punjabi musician Sidhu Moose Wala was shot and killed in May 2022. A threat letter was sent to Salim Khan and Salman Khan a few days after the event. Bishnoi’s participation in the incident was verified by the Mumbai Police, who rushed into action. A threat letter has also been sent to Salman Khan’s attorney.