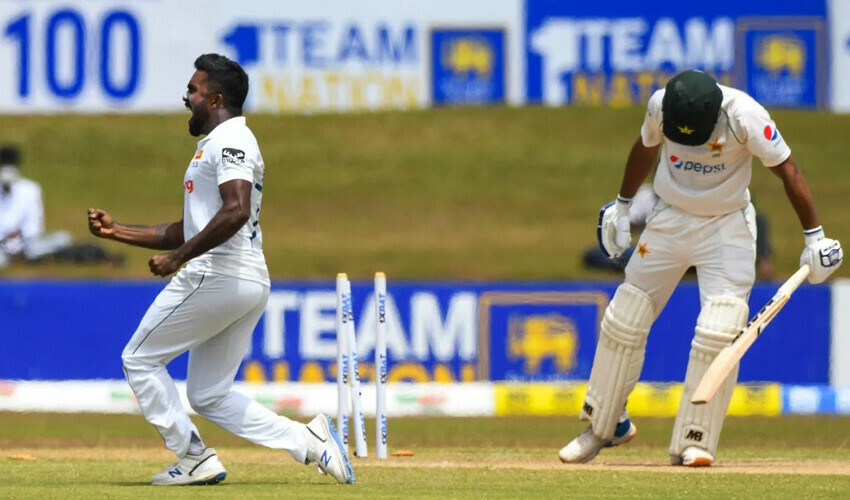 Pakistan have dismissed Sri Lanka for 378 on day two of the second Test in Galle.

Naseem Shah and Yasir Shah were the pick of the bowlers for Pakistan, claiming three wickets each.

Meanwhile, Dinesh Chandimal top-scored for the home side with 80 runs.

Niroshan Dickwella smacked a quick fifty, 51 off 54, to help Sri Lanka post a competitive total on the board.

At lunch, Pakistan were 15/1 with Abdullah Shafique, hero of the first Test, dismissed for a duck.

The game was evenly poised at stumps of the opening day after Pakistan removed Dinesh Chandimal late in the day.

At the close of play, Niroshan Dickwella was unbeaten on 42 runs, meanwhile debutant Dunith Wellalage had scored six runs.

Wicketkeeper-batsman Niroshan Dickwella, unbeaten on 42 off 43 balls, and debutant Dunith Wellalage, on six, were batting after pace bowler Naseem Shah struck with the second new ball.

US dollar jumps at Rs230.24 against rupee